The Berlin Debating Union is the debating society of Berlin’s institutions of tertiary education.

Our Introduction Month starts soon! If you’d like to start debating then you can find more information by clicking either the picture below or on the link in the menu bar. 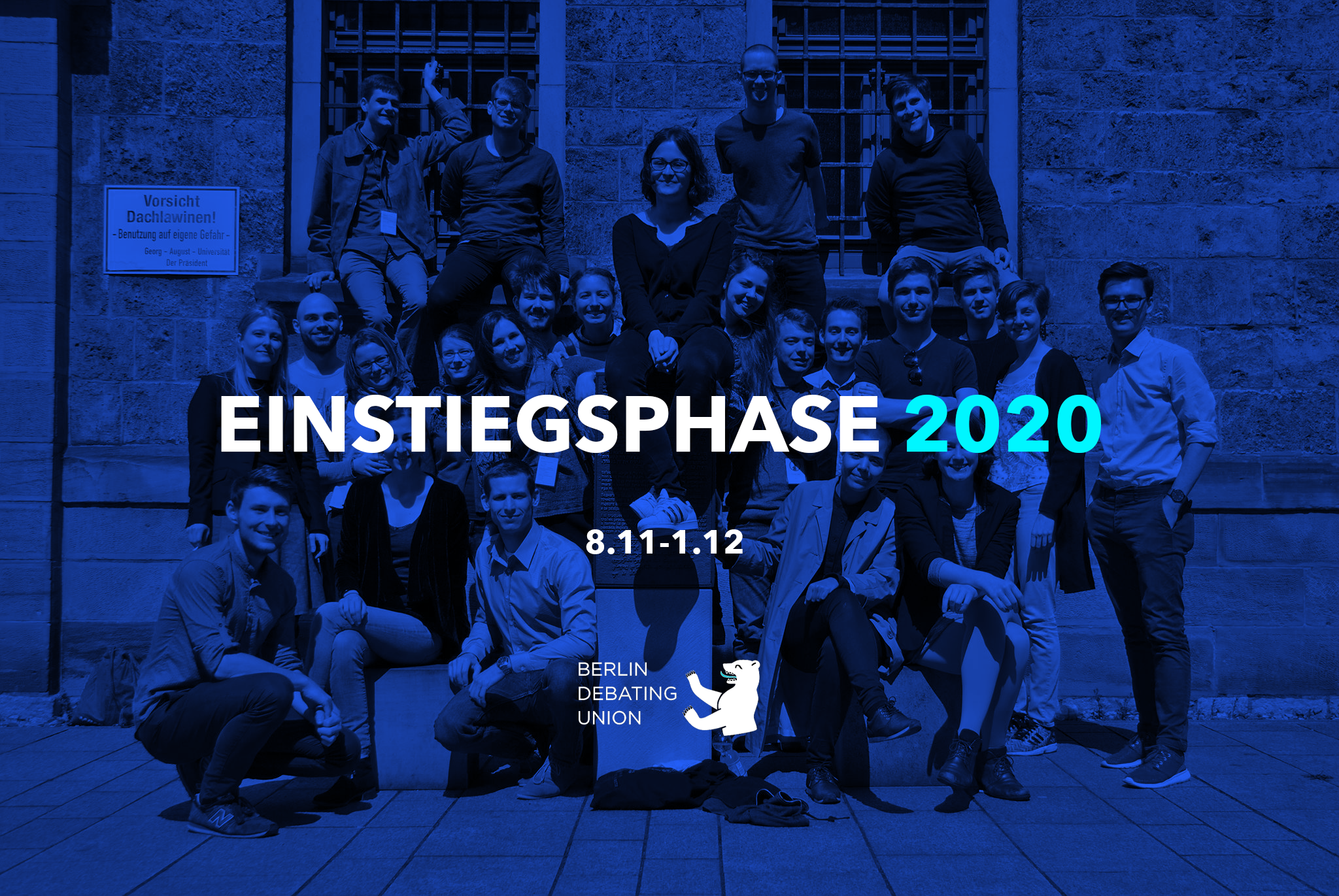 We meet every Tuesday at 7 pm (6 pm during the semester break) on the sixth floor of Dorotheenstr. 24 to debate about current affairs.

In order to become a BDU member simply fill out the membership application and bring it to the next debating session.

Due to Covid-19 training is postponed until further notice! There will be a video conference as a substitute.